In December 2019, the EU granted support for the continuation of WeBER – the Western Balkans Enabling Project for Civil Society Monitoring of Public Administration Reform, a three-year project that was implemented from 2015 to 2018, funded by the European Union and co-funded by the Kingdom of the Netherlands. Guided by the SIGMA Principles, WeBER has pioneered an evidence- and civil society-based approach to monitoring progress of the region’s governments in public administration reform (PAR) based on EU requirements. It has also built bottom-up demand for reform by creating the regional WeBER Platform for dialogue on PAR and by empowering civil society organisations (CSOs) through capacity building and consultation events and meetings. This has laid the foundations for the continuous involvement of civil society in PAR, relying on a regional approach to the topic and on producing regionally-comparable WeBER monitoring results.

Under the refreshed name, “Western Balkan Civil Society Empowerment for a Reformed Public Administration”, the design of WeBER2.0 relies and further builds on the results of the previous WeBER cycle and products, most notably the PAR Monitor reports, the regional consultative WeBER Platform and the Small Grant Facility for Support for Civil Society Monitoring of Public Administration Reform at Local Level. WeBER2.0 will last until December 2022. This project will enhance CSO engagement in PAR by advancing evidence-based monitoring of PAR in line with EU requirements. It will also strengthen CSO-government dialogue at the regional, national, and local levels based on the established WeBER Platform, which will be further enhanced, particularly by introducing online consultations. WeBER2.0 will also improve CSOs’ capacities to engage in PAR and to ensure their constructive relationships with governments through joint trainings on citizen consultations, addressing the challenge of bringing the administration closer to citizens.

WeBER is implemented in the Western Balkans in Albania, Bosnia and Herzegovina, Kosovo, Macedonia, Montenegro, and Serbia.

WeBER has already established cooperation with PAR ministries and/or offices in each of the Western Balkan countries, as well as with the Regional School of Public Administration (ReSPA) and with the Regional Cooperation Council (RCC), but also has close contact and regular consultations with the SIGMA programme of the OECD which performs regular assessments of the Western Balkans countries in the implementation of the Principles of Public Administration. Finally, WeBER staff has regular consultations with the DG NEAR of the European Commission, including the Centre of Thematic Expertise (COTE) on PAR.

The WeBER methodology comprises a combination of activities aimed at improving the capacity of civil society organizations in the Western Balkans to participate in PAR, creating venues for their dialogue with the governments on PAR (WeBER Platform), as well as creating the evidence for meaningful dialogue – the PAR Monitor.

It also promotes regional peer pressure by benchmarking the countries through the regional PAR Scoreboard based on country-level monitoring.

The info sheet about WeBER Project can be accessed here.

The document about WeBER major achievements can be accessed here.

Think for Europe Network (TEN) is a network of Think Tanks and EU Policy Research Centres in South East Europe was established against the background of weak regional cooperation in EU related policy research, despite the common challenges pre-accession countries face on their road to EU membership.

In addition to the horizontally driven emphasis on the overall policy making and policy implementation processes and efforts to render them more evidence based, the main areas for cooperation which have been jointly identified by the TEN members are: European Policy Centre is a non-governmental, non-profit, independent think-tank, founded in 2011 by a group of professionals in the area of EU law, EU affairs, economics and public administration reform, with a shared vision of changing the policy making environment in Serbia for the better – by rendering it more evidence based, more open and inclusive and more substantially EU accession driven. The founders of CEP have defined it as a “new-generation” think-tank, following the first wave of democratisation-driven civil society organisations of the 1990s and the second wave of organisations focusing on the consolidation of democratic processes in Serbia in 2000s. CEP Mission 2020 is to conduct research and analysis as basis for policy making, educate and advocate for quality policy options oriented towards transforming Serbia into a successful future EU member state.

The European Policy Institute from Skopje, Macedonia is a think tank established in 2011 with a mission to provide a sound base for debate and solutions, targeting decision-makers and the wider public, through high-quality research and proposals on European policy. EPI regularly monitors the EU accession process of Macedonia within the wider regional contexts, evaluates the creation and implementation of EU-related policies and actively advocates for policy options. In time of stalemate of the EU accession process in the Republic of Macedonia, EPI manages to maintain focus on the content of the EU accession agenda and to link Macedonia’s progress to domestic political developments. EPI’s staff holds extensive experience in participating in and researching of national and EU policy making processes. The organisation possesses thorough understanding of the functioning of national and EU institutions, including established long standing links and contacts.

Institut Alternative (IA) is a non-governmental organization, established in September 2007 by a group of citizens with experience in civil society, public administration and business sector. Their mission is to contribute to strengthening of democracy and good governance through research and policy analysis as well as monitoring of public institutions performance. IA functions as a think tank or a research centre, focusing on the overarching areas of good governance, transparency and accountability. IA received the official certificate from the Ministry of Science to conduct research activities in the field of social science in 2013. IA has published more than 60 policy analyses (studies and briefs) that we have actively used as advocacy instruments with many recommendations successfully adopted by the relevant stakeholders.

Group for Legal and Political Studies is an independent, non-partisan and non-profit public policy organization based in Prishtina, Kosovo. Their mission is to conduct credible policy research in the fields of politics, law and economics and to push forward policy solutions that address the failures and/or tackle the problems in the said policy fields. Through advocating the policy solutions derived from policy research, they aim to support four fundamental policy developments: a. to support the democratization of the polity with regard to institutional and substantive policy reform; b. to strengthen the rule-of-law capacity and performance via informed policy solutions and practical advocating strategies; c. to enhance the economic growth and development by promoting market strategies that increase the rate of growth and stability, and d. to help improve regional cooperation and Kosovo’s presence at the international level. They are dedicated to provide high-quality public policy research through prominent scholars drawn from international and European centres of excellence in research, while aiming to be globally competitive for quality research and impact in the fields of political science, law and economics.

Institute for Democracy and Mediation (IDM)

The Institute for Democracy and Mediation (IDM) is a non-governmental organization founded in 1999, with a vision to inform, develop and motivate for a democratic and prosperous society. IDM provides expertise, policy analysis, applied research and capacity building for key societal actors to drive reforms and engage in evidence based policy processes. The choice of activities to achieve the strategic objectives is an effort to go beyond one time delivery projects. They form part of a continuing struggle to strengthen shared values and efficient interactions across the broad spectrum of societal stakeholders. IDM’s mission is to advance societal capacities, generate and provide knowledge, skills and expertise for inclusive policy making and evidence-based alternatives to bolster democracy and sustainable development.

Foreign Policy Initiative BH is a non-governmental, non-profit, independent organization dedicated to investigating and analyzing foreign policy, international relations and international obligations of Bosnia and Herzegovina. Through its activities, FPI BH has established itself as one of the rare think tanks in BiH. It operates with a small core staff team, depending on the requirements of the work scope and number of projects being implemented at one time. Its highest executive body is the FPI BH Assembly which consists of the founding members of the organization. FPI BH also collaborates with over 40 (recurring) external experts that help form ad hoc working groups within the organization. The Foreign Policy Initiative was established in 2004 by the founding members, who form the Assembly of the organization. It is a non-profit, non-government organization, dedicated to advance and influence the debate and discussion among academics, activists, and policy and decision makers in Bosnia and Herzegovina. 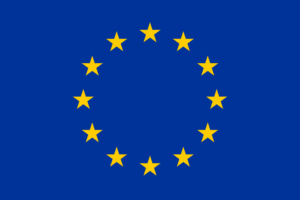 Royal Norwegian Embassy in Belgrade and German Marshall Fund of the U.S. 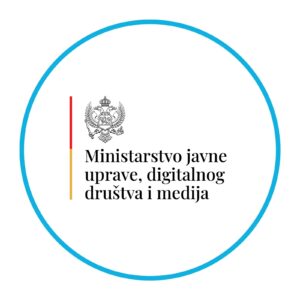