Responsible public administration as the basis of well-functioning state: Two-day conference in Tirana

A two-day conference on public administration reform (PAR), institutional integrity, accountability, and public trust in institutions was held in Tirana on the 7th and 8th of June, bringing together government officials and civil society from across the Western Balkans.

The conference titled “Pursuing integrity-driven and sustainable public administration reforms in the Western Balkans” was organised by the Institute for Democracy and Mediation (IDM, Tirana).

“Governments need to have good people who work in civil service, and they need to make sure that the career of the civil servant is attractive to people,” said Florian Hauser. “If we don’t deliver, if we don’t provide services to citizens and businesses, then we are not relevant anymore. Better public administration works – the country will be more successful”, he added.

Keida Meta highlighted that the digitalisation of services was the top priority of the Albanian government and that they achieved good things here.

The participants then talked about the danger of public administration reform being associated with EU integration and agreed that it is dangerous because that means that reforms happen only because of the EU, but the reforms should be domestically driven and why the sectoral mainstreaming of PAR is of utmost importance.

Participants then shared experiences from the implementation of the Integrity Risk Assessment methodology in the central public institutions of Albania, why it is necessary to have a code of ethics in public institutions and why we have to pay attention to administrative leadership, not only to political leadership. Also, representatives from the region talked about their own perspectives on integrity-building experiences in the public administrations of the Western Balkans.

Adea Pirdeni said how the government, by enabling the digitalisation of public services, managed to eliminate corruption on the counters, while Petra Burcher highlighted that integrity builds trust and trust is the core of a well-functioning state.

“Integrity as a concept is not only the integrity of institutions. One of the main reasons for bad implementation is connected to a lack of individual integrity. If we put efforts into this part of integrity, there is more chance to improve institutional integrity”, said Emsad Dizdarević from Transparency International.

Watch the event online on the Think for Europe Facebook page. 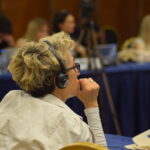 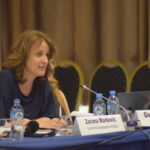 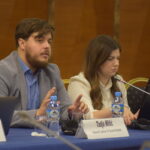 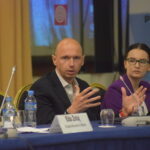 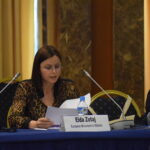 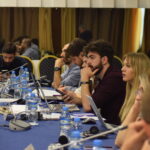 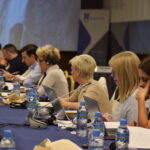 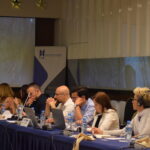 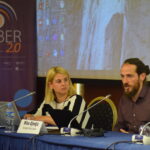 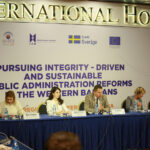 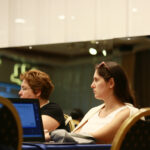 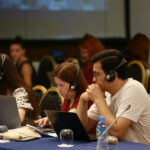 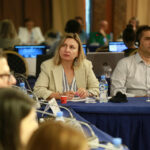 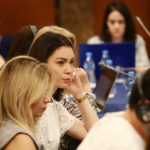 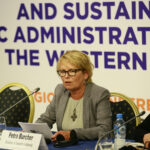