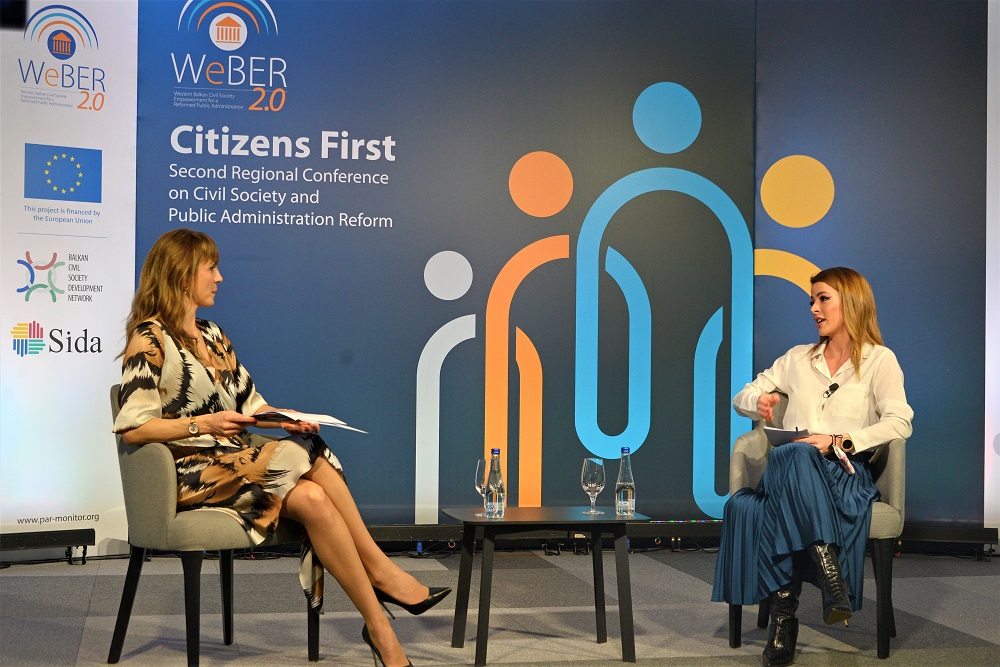 25th – 26th of February 2021 – Second Regional Conference Citizens First was held on the 25th and 26th of February. The conference was held in a hybrid format, with speakers from Serbia attending live, while speakers from the region and Europe joined online. The conference was physically attended by a limited number of people from Belgrade, in line with current epidemiological measures.

Over two days, five panels and six parallel sessions were held, where participants from Serbia, Europe and the region had the opportunity to discuss the progress and challenges facing civil society in monitoring the public administration reform process, the efforts it is making would be more involved in creating a citizen-oriented administration.

The event was organized by European Policy Centre (CEP), in co-operation with five other regional organizations from the Western Balkans within the Think for Europe Network. The conference is part of WeBER2.0, a regional initiative dedicated to empowering civil society and citizens to be more willing to monitor and control the public administration reform process.

Highlights from the conference:

Tamara Srzentic, Minister of Public Administration of Montenegro, said in her introductory address that “when the community comes together to solve problems, anything is possible.” She added that it sometimes happens that policy planning and implementation are not well “connected”. “Implemented policies can be compared to a car that is loosely connected to the wheels – you will not get where you wanted and you will hurt many people on your way,” said Srzentic.

Srzentic said that policies should be made “starting with users”, that is, to have them in the foreground. “The government cannot do it alone – if you are part of the community, which we all are, we can help governments create a society that benefits us all,” Srzentic said.

“A well-functioning administration is one in which processes and institutions are created to meet the needs of society using the resources at their disposal”, said Myriam Ferran, Director for Strategy and Turkey at the European Commission’s Directorate-General for Neighborhood and Enlargement Negotiations (DG NEAR).

“We want to create a system based on a partnership that works in both directions – for both civil society and the administration. This relationship is sensitive because sometimes there are obstacles and sometimes misconceptions. Therefore, it is important to build trust between civil society and the administration,” she added, emphasizing that it is not easy to build. “Issues of working with the government, administration and improving the functioning of public administration, as well as the very importance of transparency and inclusiveness, is something that EU countries are constantly working on because it should never stop,” Ferran said.

Hata Kujrakovic, a student from Sarajevo, who spoke as a youth representative, said that young people from the entire region were very disappointed with the situation. “Let’s look around – what do we see? We see young, educated people leaving their countries en masse. This is a consequence of the problems we face. Research shows that corruption, unemployment, poor living standards and the lack of any prospects that this will change are the main reasons for moving abroad.” Young people are especially frustrated and discouraged when they see how the public sector is employed through connections. “It is very demoralizing when we see that all the money, effort, the time we have invested in education and personal development, the sacrifices we have made – are simply not enough because we do not have a “connection”.  Because of this feeling of despair, it seems that we have only one thing left – to leave,” she said.

In the first panel, called, “A meeting point between bottom-up and top-down reform impetuses”, discussants were Milena Lazarevic, Programme Director at CEP and WeBER Team Leader, and Gregor Virant, Head of SIGMA (a joint initiative of the OECD and the European Union aimed at supporting the administration reform of countries in the process of joining the EU) and a former Minister of Public Administration of Slovenia. The panel was moderated by Radio Television Serbia (RTS) journalist, Vesna Damjanic.

Milena Lazarevic drew attention to the fact that it seems that the governments in the region are carrying out reforms only “because of Brussels”, and not because of their citizens. “Through many cases, it can be seen that when laws are passed and policies are considered, drafts are sent to Brussels and international actors, but public consultations, which should be at the heart of the process, are often not held,” Lazarevic said.

Lazarevic pointed out that one of the ideas of the WeBER2.0 initiative is to promote “champions from the region”, administrations that work best in the service of citizens, as examples of good practice for others. She added that only when we come out of the crisis period brought by the pandemic, we will see whether the governments have progressed, or retreated, especially when it comes to transparency in decision-making and spending budget funds”, said Lazarevic. Gregor Virant stressed that “expectations of the speed of progress on the road to the EU in the region are high”.

“Our findings show that more than 50% of the surveyed citizens believe that solving problems related to public administration has become easier in the past year,” said Djindjic. The results also show that service providers still rarely publish information on their sites. The findings will soon be published online.

In the final panel titled “Do citizens want good administration?”, moderated by Milos Djindjic, participants were Florian Hauser, Team Leader at the Center for Thematic Expertise of Public Administration Reform in DG NEAR, in the European Commission, Annika Uudelepp, Country Manager for Serbia and Regional Manager for EU Enlargement within SIGMA – OECD, and Jan-Hinrik Meyer-Sahling, Professor of Political Science, University of Nottingham (United Kingdom) and WeBER Advisory Council member.

“Citizens are quite comfortable with the ‘status quo’ because they enjoy the so-called ‘clientelism’ and passive attitude: they, therefore, overlook their need for better public policies, even though it is detrimental to them in the long run, but it serves them in the short term,” said Professor Meyer Sahling.

“We need to build a civic culture – learn to be critical thinkers, and assess our environment and our public administration”, agreed Florian Hauser.

Annika Uudelepp said that this is where civil society organisations should enter the scene, as they would serve as a “translator” of the citizens’ needs.

“Institutions and bureaucracies have their jargon, which is often not understandable to citizens, and citizens often do not know how to explain their demands. That is where civil society should enter the scene”, said Uudelepp.

The conference was held with the support of the European Union, and within the project “Protection of Civil Space – Regional Center for Civil Society Development” funded by SIDA and implemented by BCSDN. 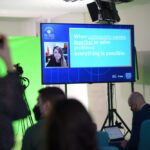 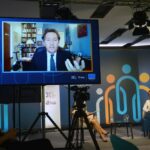 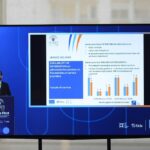